Our teachers are committed to promoting an excellent program that inspires students to want to learn and achieve their very best in a rapidly changing world. 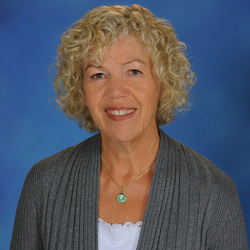 Ann is the principal and owner of Hitherfield School. Trained in Reading, U.K., Ann taught for almost 20 years with the Halton District School Board before opening Hitherfield School in September 1991. Ann believes in a traditional approach to learning- strong numeracy ability, spelling tests, vocabulary development and an early introduction to phonics and reading- combined with a dynamic approach to ongoing studies that includes looking at the strengths and needs of the individual child, utilizing a wide range of learning materials and programs, and having highly skilled and committed teachers who demonstrate desire to be lifelong learners themselves through their own professional development. The mother of four children and six grandchildren, Ann is keenly aware of the differences in individual children. She regularly looks over student’s exercise and workbooks to ensure that the program at Hitherfield remains strong and is meeting the needs of every child.
ann@hitherfieldschool.com 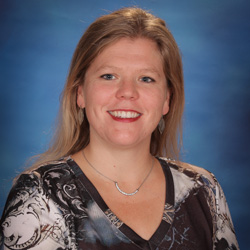 Vanessa began as a student during Hitherfield’s first years of operation. After completing her undergrad and teacher training at Brock University and Medaille College, she returned to Hitherfield in 2003 to teach. Having taught in Primary, Junior, and Intermediate divisions, she now heads the Upper School as Vice-Principal and absolutely loves to see the growth, both socially and academically, of her own 3 children, within the school she grew up in. In her administrative role, her focus has been to work with faculty to develop strong, consistent programs within the school promoting the emergence of technology, while maintaining the traditional approach to learning that Hitherfield has prided itself on over the past 3 decades. As a teacher, she is demanding of her students, yet they respect her and rise to the challenge. She is meticulous about encouraging neat working habits, the highest possible standards, and doing “ones best.” Vanessa has a strong belief in life-long learning and is a dedicated, hard-working teacher who constantly pushes herself to learn and grow.
vsmcnaught@hitherfieldschool.com 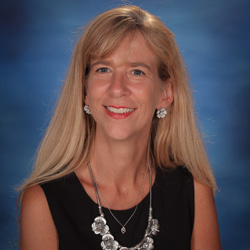 Christine has been with the school since 1992 and has been Vice- Principal for 10 years. Christine is responsible for every day operations of the school, as well as parent/student inquiries and enrolment. She is a highly committed teacher and well- respected among the Hitherfield Community. She has proven to be very knowledgable and flexible, as she has taught material to all age divisions of Hitherfield. Christine is patient and diligent with her pupils; she knows how to motivate. She also works closely with parents in our Guild Committee to raise and allocate funds to provide additional resources, which in turn further student experiences and education. Christine loves the outdoors and is the first to be outside cross-country skiing with her class when the snow permits. Christine believes whole-heartedly in the school’s philosophy of working one-on-one with children as frequently as possible.
ccameron@hitherfieldschool.com 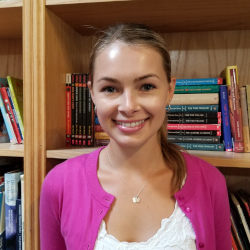 Whitney graduated with a Bachelor of Arts in Kinesiology from Western University and although she has a comprehensive background in health, her interest is in administration, education, and teaching. At Western she has held various positions requiring the use, and development of social media, program innovation and administrative skills. Further, as a tutor, tennis instructor, and camp counsellor she has worked with many children in various environments. Whitney enjoys travelling, photography and various physical activities, including tennis, as she is a Certified Instructor through Tennis Canada. She believes that her passion for community, and strong commitment to helping others, make her a positive addition to Hitherfield School.
whitney@hitherfieldschool.com

Zachery, a former Hitherfield student, is a community leader with thousands of hours of volunteer experience throughout Halton region. His passion for soccer has allowed him to develop relationships with community partners during his time coaching and playing. After completing his Bachelor of Arts at Brock University he decided to bring his passion for business and community development back to where his education started.
zscott@hitherfieldschool.com 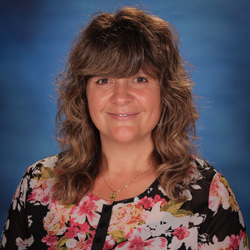 Karen has been the kindergarten teacher at Hitherfield since 1999. Her patience and understanding make her the perfect teacher for our younger children. Karen is always willing to try new ideas, themes, and approaches with her children. She is keenly aware of the differences in readiness and interests of very young children and we, therefore, have some children in Senior Kindergarten who are reading at Grade Two level. Similarly, in Math, some children will be completing double and triple-digit addition and subtraction. Karen assesses children and re-aligns programs throughout the Kindergarten year. She is quick to understand the needs and strengths of every child in her care and always agreeable to share daily happenings with parents.
kforbes@hitherfieldschool.com 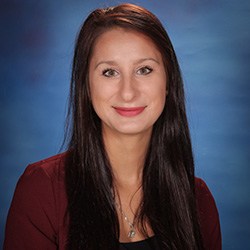 Mia joined the Hitherfield school community in September 2015. She completed her Bachelor of Arts in honours English at the University of Guelph, and then her Bachelor of Education Studies program with the Schulich School of Education at Nipissing University in the primary/junior division. Although English literature is one of her main passions, she loves to submerge herself in the study of world culture and language. Mia encourages high expectations while creating an inclusive environment for students that adheres to a variety of learning types. She believes that all students have various gifts, and it is a teacher’s job to help identify and build on students’ strengths. Mia is respectful, professional, passionate, flexible and patient with all her students, but most of all she is happy and appreciative to be within the Hitherfield school community.
mcikovic@hitherfieldschool.com

Sarah has been passionate about teaching for the majority of her life. After completing a Bachelor of Arts in Sociology at McMaster University, she knew that her next step was teachers’ college. Sarah chose Melbourne, Australia, to obtain her Masters of Teaching degree and science specialization. She has a broad range of teaching experiences in primary, junior and intermediate grade levels. Prior to teaching, Sarah volunteered with McMaster Arts for Children, the YMCA and schools in her community, including Hitherfield School. She continues to offer her support to local and national charities. Sarah loves Hitherfield and is most excited about getting to know her students as people and as learners, engaging her students in active learning, and promoting confidence and creativity.
sgardiner@hitherfieldschool.com 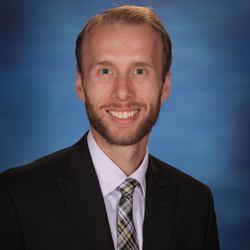 Kasey spent his childhood in a rural setting much like the Hitherfield School grounds. He is an active outdoor enthusiast and believes in the importance of building a positive relationship with nature. Kasey earned his Bachelor of Arts degree from Wilfrid Laurier University and Bachelor of Education from the Schulich School of Education at Nipissing University. He considers enthusiasm to be contagious and is genuinely passionate about the subjects he teaches. Kasey enjoys traveling, camping, indoor rock climbing, hiking, cycling, skiing, running, and gardening. He plays banjo, guitar, piano, and harmonica as well as draws and sculpts in his free time. Kasey wholeheartedly believes the citizens of the future need to be trained in multiple disciplines; such as engineers who are artists and scientists who are computer programmers.
klauda@hitherfieldschool.com 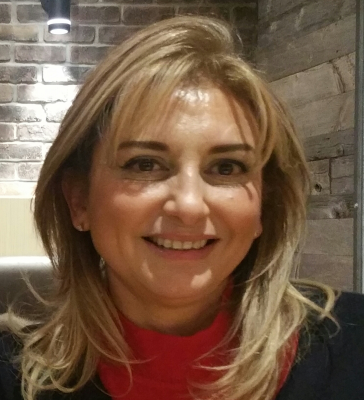 Lina is a dynamic passionate educator with over 10 years of experience, who finds happiness in working with youth and hoping to install the important value of being multilingual in a competitive world. Lina is fluent in French as she started her education in French immersion schools at the age of four. She graduated holding a BSc. Degree from the Lebanese American University. She then, completed her TFSL at the Alliance Française in Canada. Lina has a vast experience in teaching in multicultural International schools. She taught in K.S.A, U.A.E, and Canada. Lina is known for elevating students’ level and leading them to give their full potential. She provides a positive constructive ambiance that brings the best in students by helping them develop new ways of thinking, creating a fun learning environment, and encouraging them to gain more confidence in themselves. 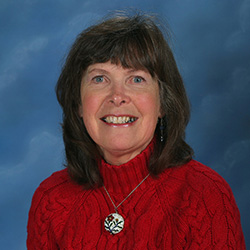 Helen has been with the school for many years. She teaches Music to the younger classes, runs the school choir, and takes groups of students to the Milton Music Festival as well as other venues for various presentations/competitions where they have been extremely successful. Helen demonstrates a real love of music to the children and has many creative and unique ideas. She also teaches private lessons at home, as well as at school.

Hitherfield staffing policy dictates that all staff in regular contact with the students will submit a current (less than 3 year) criminal record check before the school year begins.

The school has verified that amongst current staff all teachers are in good standing with the Ontario College of Teachers, and the school will check before hiring new teachers.

Our homeroom teachers are all recognized by the Ontario College of Teachers. They are caring, committed people who strive to provide the best learning environment for every student in their care. Most have been with Hitherfield for many years, and are recognized by parents for their willingness to go the extra mile for the children. They continue to upgrade their own professional qualifications and bring their new learning and expertise to our staff meetings and their classrooms. 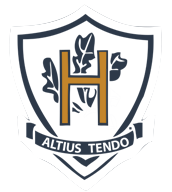